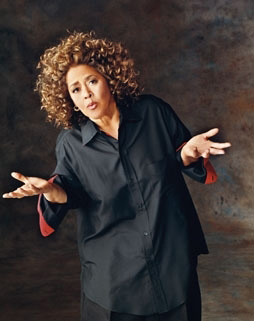 Anna Deavere Smith of TV’s Nurse Jackie and The West Wing brings her Off-Broadway hit Let Me Down Easy to the Lincoln Theatre in a weeklong run. In this critically acclaimed solo show about the power of the body and the resilience of the human spirit, Smith portrays 20 real-life characters that she interviewed, including Lance Armstrong, Lauren Hutton, former Texas governor Ann Richards, a physician in a post-Katrina New Orleans hospital, and others, all offering perspectives on dealing with injury, illness, health care and mortality in a show that is both moving and entertaining.

Anna Deavere Smith is one of the leading theater artists of our time, known especially for portraying multiple characters drawn verbatim from interviews she conducts. In Let Me Down Easy, Smith “casts a radiance on the many ways in which we care for each other, as well as ourselves” (Variety). The New York Observer noted that it was “the most spectacular theatrical event” of the season. The February run in Columbus marks the first Midwest performances of this show, and the Wexner Center is thrilled to bring it to the historic Lincoln Theatre. 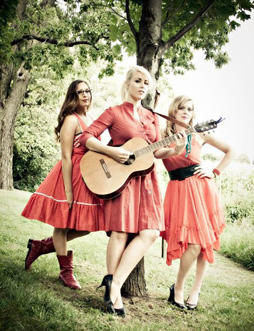 Columbus singer/songwriters Molly Winters, Angela Perley, and Bree Frick comprise this charming pop/folk trio, with influences spanning from the girl group sounds of the 1940s-60s and Americana folk. Formed in September 2010, The Salty Caramels play a rotating variety of instruments, including a suitcase bass drum, resonator guitar, acoustic bass, washboard, saw and kazoo, to name a few. The group, named after a Jeni’s Splendid Ice Creams flavor, composed a jingle in homage to their favorite ice cream that even received approval of owner Jeni Britton Bauer.

For more than 20 years, The Grandview Library has presented a diverse free indoor concert series for its community and Greater Columbus. Music in the Atrium has featured many genres, including: Anatolian and Eastern European folk, South American jazz, Celtic, American blues, opera, classical, children’s music and local indie groups. Performers generously visit the Grandview Library to entertain and educate the public at The Grandview Library, which is a proud recipient of a GCAC Franklin County Neighborhood Arts grant for its Music in the Atrium 2011 series. 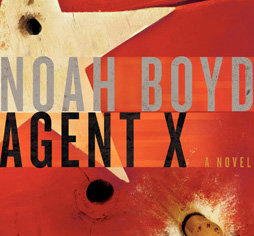 Join Thurber House and Noah Boyd on Thursday, February 10 at 7:30 p.m. for a reading and discussion of his book, Agent X. Former FBI agent Noah Boyd brings back Steve Vail, the rogue ex-FBI agent of his first bestseller, Bricklayer, who this time finds himself re-recruited by the Bureau to help them hunt down a Russian spy.

And on Thursday, February 24 at 7:30 p.m., join Paula McLain for a reading and discussion of her book, The Paris Wife, a beautifully evocative story of love and betrayal told in the voice of Ernest Hemingway’s first wife, Hadley. It is of Hadley that Hemingway would one day write: “I wish I had died before I loved anyone but her.” 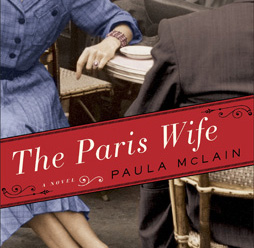 Thurber House’s mission is to celebrate the written word for the education and entertainment of the broadest possible audience, and to continue the legacy of James Thurber. The Evenings with Authors series is a commitment to that mission and audiences alike.

For ticket information: Tickets are $20 for adults, $18 for students and seniors in advance, and can be purchased online, in person at The Thurber House, via telephone at 614-464-1032 and at the door.