Columbus Gay Men's Chorus Presents Vox - What I Did For Love

Celebrate with the Columbus Gay Men’s Chorus’ (CGMC) select ensemble, Vox, on this special Valentine’s Day weekend as they explore the many journeys where love takes us during their performance of What I 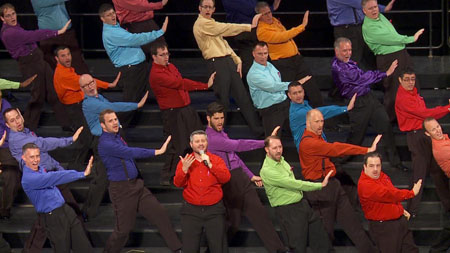 CGMC's Vox ensemble will present an exciting concert, taking the audience on a musical journey of the stages of love—we meet, we love, we split and we want. What I Did for Love will be fully choreographed and full of fun and entertaining music.

CGMC was formed in 1990 and is dedicated to fostering increased recognition, understanding and acceptance of gay men, lesbians, bisexuals and transgender persons.

The Columbus Museum of Art (CMA) celebrates one of the most influential and best-known artists of the 20th century with the exhibition Mark Rothko: The Decisive Decade, 1940 – 1950. Featuring some 37 works, 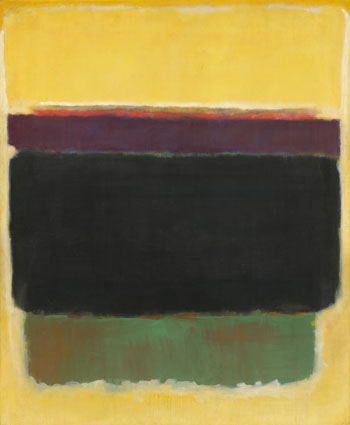 this exhibition includes paintings, watercolors and works on paper drawn largely from the collection of the National Gallery of Art in Washington, DC. By focusing on works less often explored, Mark Rothko: The Decisive Decade shows how the artist was influenced by Surrealism, the universal significance of myth, and the transformative power of color.

The years 1940 – 1950 were crucial in the development of Mark Rothko’s universally recognizable mature color-field paintings. Fueled by the anxieties of the later 1930s and the years of WWII, in the 1940s, Rothko’s figurative imagery became increasingly symbolic and dream-like. By 1947, Rothko and his artist colleagues and friends such as Adolph Gottlieb were eliminating all elements of the human figure from their work. As a consequence, nonobjective compositions of indeterminate shape and colors emerged and filled the picture plane. Rothko finally landed upon a new way of painting – using blocks of color which for him contained a “breath of life” he found lacking in most figurative painting of the time.

CMAt’s mission is to create great experiences with great art for everyone. CMA houses a renowned collection of European and American Modernism and presents a rich menu of traveling and CMA-organized special exhibitions, which have garnered critical and popular acclaim. CMA recently renovated its historic Elizabeth M. and Richard M. Ross building and inaugurated its Center for Creativity with a new focus on visitor-centered experiences.

Shen Yun Performing Arts, a nonprofit organization based in New York, is the world’s premier classical Chinese dance and music company with the mission of reviving 5,000 years of divinely inspired 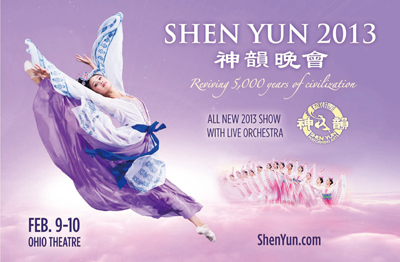 Chinese civilization; an exhilarating show you will never forget.

Shen Yun captures the spirit of a culture long lost. The show moves quickly through regions, dynasties and legends. Ethnic and folk dances fill the stage with color and energy. Tremendous athleticism, thunderous battle drums and masterful vocalists are all set to animated backdrops that transport the audience to another world.

It is a grand production with nearly 100 artists, 400 costumes, and the only orchestra in the world featuring both classical Western and Chinese instruments as permanent members.

Shen Yun has toured the world for six seasons receiving standing ovations at some of the world’s top venues and presenting sold-out shows throughout North America and packed houses across Asia.