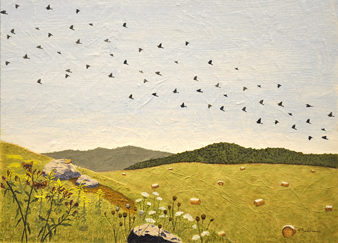 The unique spirit of Appalachian Ohio—as shaped by its geography, history, and people—emanates from this exhibition, which features the work of contemporary artists living and working within the Southeastern Ohio region. Juried and brought to the OSU Urban Arts Space by Majestic Galleries of Nelsonville, Ohio, the Spirit of an Appalachian Region exhibition apprehends instances of daily life in an area where mental and physical states are markedly linked with the natural landscape.

Spirit of an Appalachian Region features 56 works by 35 contemporary artists representing Athens, Hocking, Muskingum, Ross, Washington, Scioto and Fairfield counties. Ohio University’s Kennedy Museum of Art also brings from its collections the work of James Karales and Lloyd E. Moore, two photographers whose work is of both national and historical significance. Karales, a graduate of Ohio University, is known best for his documentation of the Selma-to-Montgomery March for Voting Rights in 1965. This (same-titled) photograph and prints recording life in Rendville, Ohio, provide both an historical background and counterpoint to the area and the work of the contemporary Appalachian artists. Accompanying Karales’ works are the faces of Southeast Ohioans as captured by Moore, a Lawrence County, Ohio prosecutor (and alumnus of The Ohio State University) who came to understand his clients during the 1960s through '90s from behind the lens.

Artist talks, historical explorations and theatrical performances are scheduled at the Space throughout the summer – each event to carefully reflect upon the influence the physical area has upon a population and how artists interpret physicality to shape their artwork.

For ticket and show information: Visit www.uas.osu.edu for more information and to see a calendar of other exhibitions happening in July. 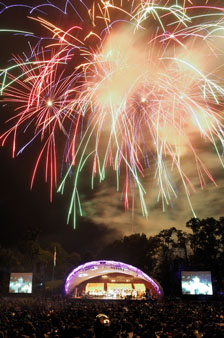 The Lancaster Festival is considered Lancaster’s signature event. The community shows its pride for the Festival as the streets and venues of the city come alive with social interaction among residents and guests of varied economic and cultural backgrounds. Lancaster Festival patrons are thrilled by the excitement in seeing “big city” talent right in their hometown.

The Lancaster Festival has something for everyone, including a world premiere of Pinocchio with BalletMet on July 24; Celtic Fire with Michael Londra on July 23; and legendary pop group The Beach Boys on July 30. The award-winning Lancaster Festival Orchestra, led by Maestro Gary Sheldon, will be featured in multiple concerts throughout the 10 day event. Don’t miss one of the Festival’s most popular free events, the ArtWalk—held on Friday, July 22, downtown Lancaster comes alive as thousands stroll through local businesses to view work by area artists.

Local companies take good advantage of the exciting Festival concerts and events happening throughout the city by hosting employee recognition events or entertaining clients. Residents view activities of the Lancaster Festival as a boost for Fairfield County—economically, educationally and culturally—with events that celebrate the past, present and future of the area.

Where: Various locations in Lancaster, OH 43130.

Vintage Base Ball and Outdoor Movie at the Ohio Statehouse 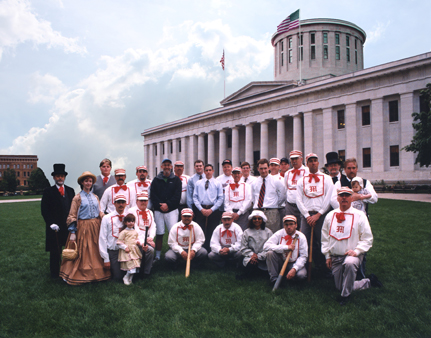 Celebrate the Ohio Statehouse Sesquicentennial and take a step back to the 1800s with an exhibition base ball (historically two words) game of the Ohio Village Historical Muffins vs. members of the Ohio General Assembly. Enjoy cannon firing demonstrations, Civil War games and concessions. After the base ball game stay for the outdoor Civil War epic, Glory, starring Matthew Broderick and Denzel Washington.  Bring your lawn chairs and blankets. Free and open to the public.

The people of Ohio are celebrating the sesquicentennial of the Ohio Statehouse throughout 2011. The Ohio Statehouse is hosting a variety of special events, re-enactments and exhibits to celebrate the sesquicentennial of our great Capitol Building. The Vintage Base Ball and Outdoor Movie event commemorates the lasting legacy and history of the Ohio Statehouse, which was completed at the beginning of the Civil War. This event will provide an opportunity for all Ohioans to learn about the history of the building, events and the people who have come to serve.