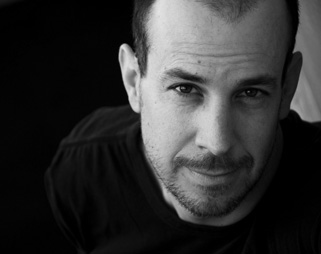 According the Evolution Theatre Company, it is important that the Columbus area is exposed to these works.

"They are true, depicting everyday life with all of its joys, sorrows, heartbreak and laughter," said Mark Phillips Schwamberger, managing director. "These three particular works were chosen because they showcase the many sides of Mr. Rapp’s writing; his playful side, his unflinching poetic beauty and sensuous, bold use of the language."

“Mr. Rapp writes with a fierce poetic power, like nobody else. You know almost immediately he is a writer the world is going to listen to for as long as he feels like writing," added Schwamberger.

Image: Jon Osbeck as The Son in Nocturne. Courtesy of Evolution Theatre Company.

The Ohio Art League’s 100th Annual Spring Juried Exhibition features a variety of original works by some of Ohio’s leading artists as selected by Todd Slaughter.

Hosted by the Columbus Metropolitan Library at their Main Branch, the library-wide exhibition includes 78 works by 56 Ohio artists and celebrates the institutions’ long exhibition history together. One of the League’s first member displays took place at the Library in 1911 and over the years, many Ohio artists have exhibited work at the library through participation in OAL shows. A variety of work is represented in the 100th Annual Spring Juried Exhibition including photography, oil painting, acrylic painting, video, ceramic, drawing and mixed media.

“Partnering with the Main Library allows OAL to bring the past and present together, commemorating the very first member exhibitions that the league held in the early 1900s and were housed in the library’s exhibition hall,” said Eliza Jones, gallery director and organization administrator. “By revisiting these roots, OAL continues to enrich the greater community through art and introduce our members to a broader audience.”

Opera Columbus and CAPA presents The Pirates of Penzance 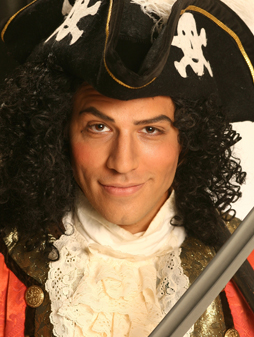 Co-presented by Opera Columbus and CAPA, the New York Gilbert & Sullivan Players will perform The Pirates of Penzance at the Southern Theatre June 10-12. Join the band of swashbuckling buccaneers, bumbling British bobbies, frolicsome Victorian maidens, and the delightfully dotty “model of a modern Major-General” for a rollicking romp over the rocky coast of Cornwall. This exuberant musical theatre masterpiece is directed and conducted by Albert Bergeret with choreography by Bill Fabris. It will be performed in its original format with full orchestral accompaniment provided by the Columbus Symphony, a chorus and vocal soloists.

The Pirates of Penzance, or The Slave of Duty, was first performed at the Fifth Avenue Theatre in New York City on December 31, 1879. It was the only Gilbert & Sullivan operetta to have its world premiere in the U.S. and it has remained popular both here and throughout the English-speaking world ever since.