Over the last several decades, the Columbus area has produced an astounding array of world class musical talent in every style from jazz to doo-wop to country-western to punk rock to big band to hip-hop. Columbus’ musically vibrant community has nurtured the talents of such artists as Nancy Wilson, Dwight Yoakam, Scrawl, the Royal Crescent Mob, Howlin' Maggie, Bow Wow, the New Bomb Turks and Rascal Flatts. Some of these musicians have achieved great success and fame in the music business—others have chosen to remain at home and are just as worthy of recognition for their immense talent. Columbus is also home to the only independently owned and operated alternative station in the top 100 markets in the entire country, CD101 @ 102.5, which regularly provides airtime for local bands, encourages attendance at live concerts by offering low price tickets and broadens exposure to acoustic performances through their BIG ROOM shows. There are many individuals here who are dedicated to keeping Columbus’ music scene thriving and believe that music can strengthen our community in a creative way, making our city an even better place--not just for musicians, but for everyone.

The Columbus Music Co-op is a volunteer run non-profit organization whose mission is “Making Columbus a better place through music” and achieves its vision by hosting and participating in events, initiatives and activities that support the development of resources for local musicians and the music community. Find out more at www.columbusmusiccoop.org.

By Erin Moore, co-founder and executive director for the Columbus Music Co-op 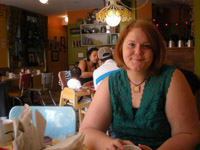 It is an exciting time to work with the Columbus music community. The depth of talent and enthusiasm for music here is impressive and it is going a long way towards helping to establish Columbus’ identity as a music city.

One of the most exciting aspects within the music scene is the current spirit of collaboration that is running wild with musicians and throughout much of the local and creative community. Events like Independents’ Day and Urban Scrawl allow a niche organization, like the Columbus Music Co-op (CMC), to work with and interact with other community groups and local businesses like the Franklinton Development Association, Music Loves Ohio, the Small Business Beanstalk, Central City Recording and many more. Through these collaborations, we are able to meet new musicians and music fans and liked-minded community supporters in general.

In addition to collaboration, the CMC achieves ts mission through a workshop series and new youth programming. The CMC hosts free workshops on a wide array of topics such as legal and business issues for musicians, how to get involved in the music scene if you’re in high school and how to plan a benefit show. The workshops are music-centric, but are open to the public.

In 2010, the CMC also launched a high school committee to help prepare our city’s younger musicians enter the music scene. Our students volunteer their time to organize all-ages concerts, shadowing and internship opportunities for high school students, and resources for students looking to get involved with Columbus music.

It is our hope that this spirit of collaboration and a focus on education and youth will help us continue to grow within the arts and non-profit sectors of Columbus and to create more opportunities for musicians and fans of music to experience new and diverse arts expereinces. Together, we are all stronger and Columbus will further establish its identity as a vibrant arts city. 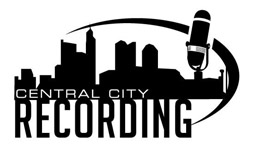 Columbus is a city of hidden gems – knowing what to look for and taking the time to do it makes all the difference in this town. So when I say that Columbus is a great place to learn, perform, and produce music, I’m not surprised to be met with quizzical looks and skepticism. Here’s a little crash course in what Columbus and central Ohio have to offer.

For performers, options abound. TRANSIT ARTS and Music Loves Ohio are both non-profit organizations that support underserved youth with contemporary music programming. Whether it’s making drums from recycled materials or learning the tenets of hip hop culture, these are not your usual after-school programs.

The Jazz Arts Group’s Jazz Academy takes it a step further – they have a world class facility in the historic Lincoln Theater that features rehearsal rooms, a keyboard and composition lab, and a recording studio. Programs at the Academy range from vocal and instrument lessons to producing beats and recording bands. And it’s not just “jazz” music – learn turntablism from local DJ BHB (who also happens to organize the Ohio Hip Hop Expo every year) or blues guitar from internationally known Columbus musician Sean Carney.

For college age students looking into a future in performance, Capital University’s Conservatory of Music is a nationally recognized source for jazz and classical players on a variety of instruments. They also boast an extensive program in music business and technology that includes a stay at one of the oldest and most productive music recording schools in the country – the Recording Workshop outside Chillicothe. Hundreds, maybe thousands, of engineers have graduated from their program in their 20+ year history, and these graduates have produced gold and platinum records and run live sound at some of the biggest events in the world.

While you’re in southern Ohio, stop by Ohio University and say hello to Eddie Ashworth. He worked for over a decade in Los Angeles recording bands like Sublime, Unwritten Law, and Pennywise. Now he’s an audio professor at Harvard on the Hocking and he’s producing records for some of Ohio’s best up and coming bands. Also in the neighborhood, Neil Schmitt (of Columbus band Pretty Mighty Mighty and formerly of Workbook Studios) teaches audio at Hocking College in Nelsonville. Oh, and his former cohort Dwight Heckleman, a former instructor at Berklee in Boston as well as Hocking, is opening a new music business and technology school in Columbus called Groove University – the first students start class in fall 2011.

Whether you’re young or not-so-young, and whatever your aspirations in music, central Ohio has you covered – you just have to know where to look. 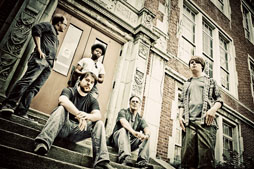 Columbus is a city that is rich in talent. Any day of the week you can find a great live show, with almost any type of genre on display. It’s a special place to live.  This creative spectrum needs to be seen and heard more. Most bands can perform on a regular basis in town with little problem, but sometimes this can be a lot of work. So, where can you go from there? Trying to get signed isn’t always the most effective way to build a career anymore, but that doesn‘t mean musicians cannot be successful.  Columbus can hold it’s own simply as a great city for music, which helps everyone. Just like when a band says they are from Nashville, Austin, or LA,  Columbus needs to be proud of our hotbed of creativity, furthering and uplifting our creative professionals. The We Are Columbus Ohio Music Showcase and The Columbus Songwriter Sessions are just two projects that help do exactly that.

The Columbus Songwriter Sessions gives four groups the opportunity to showcase their music in a stripped down setting. We create a space where people from all walks of life and of all ages can experience songwriting in a listening environment, and promote/encourage songwriting of all levels.

We Are Columbus Ohio is an independent showcase of 12 Columbus bands and acoustic groups that will travel to Austin during the South by Southwest music festival to perform. The showcase is an opportunity for these acts to promote the talent of Columbus, network with the industry and further their individual professional paths.

I want to be a part of the idea that we create our own success. Public support and awareness of the difficult path that so many musicians work strenuously to walk down day in and day out is essential. Being a musician is a profession and it's about more than just rocking out with your friends. It's about creating culture, expressing your ideas, connecting with other people and so much more. We need to encourage these ideals and hold them up within the community and educational system. In doing so we will create a bright future for music where authenticity matters.