WE ARE COLUMBUS HOSTS FUNDRAISER FOR SXSW 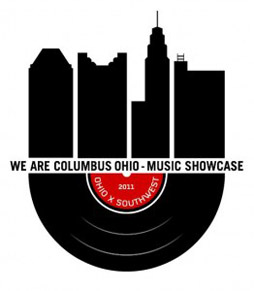 When Austin, Texas hosts their annual South By Southwest (SXSW) Festival this month, some of Ohio’s best independent musicians and artists will be on-hand to share the sounds of Columbus. Under the banner of We Are Columbus – Ohio By Southwest, local musicians are packing up their gear and planning their route to the Foo’s Treehouse Bar in Austin, where they will perform on March 18.

Come out to Kobo this Saturday, March 5, for a fundraiser to support the musicians involved in the We Are Columbus Ohio Showcase. Five of the 12 bands who will represent Columbus at SXSW will give locals a sneak peek of the showcase. The fundraiser will also feature a raffle including an acoustic guitar and numerous gift certificates to local businesses.

The We Are Columbus Showcase at SXSW is an opportunity for musicians to expose others to our city’s great local talent. SXSW will also give those bands the chance to network at one of the country’s most revered music festivals and help further their careers in music.

“SXSW will give us an opportunity to put Columbus’ tremendous music talent on a national map, and display how hard we work at what we do,” says Joey Hebdo, one of the musicians slated to perform at SXSW. “We want to share the talent and the passion that defines the Columbus music scene and the best way to do that is to bring it directly to the people in Austin. We're going down to Texas focused on strengthening our relationship with the national artists who will all be converging there.” 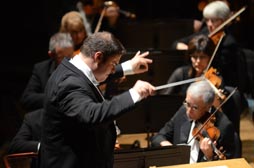 Music Director Jean-Marie Zeitouni will lead the Columbus Symphony Orchestra and Chorus in a performance of Giuseppe Verdi’s Requiem March 11-13. The concert marks the 50th anniversary of the Columbus Symphony Chorus, its 130 volunteer members currently under the direction of Chorus Master Ronald J. Jenkins. The concert will also feature soprano Leah Crocetto, mezzo Elizabeth Bishop, tenor Michael Fabiano, and baritone Jake Gardner. WOSU’s Christopher Purdy will hold a free, pre-concert lecture about the piece for ticket holders one hour prior to each performance on the fourth floor of the Ohio Theatre’s Galbreath Pavilion.

COLUMBUS MUSIC GOES GLOBAL PRESENTS MUSIC IN THE ROUND 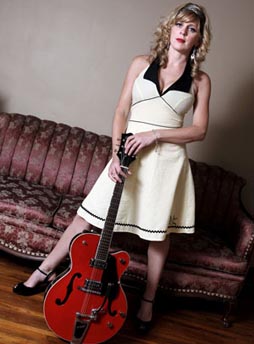 Music in the Round (MIR) is a treat for music lovers featuring some of the most talented musicians Columbus has to offer. MIR is a unique concert format that originated in Nashville's Bluebird Café. The only rule: the artists must play songs they've written themselves, on the instruments on which they were written.

MIR artists showcase and polish new songs in an intimate, supportive environment made up of a music-loving audience and their fellow singer-songwriters. Audiences, in turn, get to hear the artists talk about their songwriting, particularly the stories and emotions surrounding the creation.

Music in the Round is the official kick off to a year-long fundraising effort by the Columbus Music Community, to create a music program at the Marfiki AIDS Orphanage in Nairobi, Kenya. In February 2012 a delegation representing Columbus Music will travel to Nairobi to play a benefit concert.

Where: Via Vecchia Winery , 485 S Front St - Formerly Ludlows in the Brewery District

For ticket and show information: www.musicintheround.com