Thurber House Evenings with Authors Program continues to bring the Columbus community a stellar roster of writing talent that crosses all genres; many of 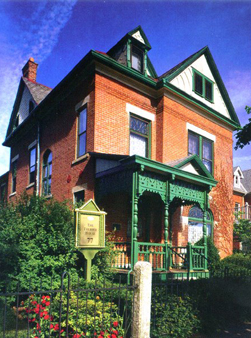 them award winners and bestsellers. Thurber House’s mission is to celebrate the written word for the education and entertainment of the broadest possible audience, and to continue the legacy of James Thurber.

On March 8, join the Thurber House for an Evenings with Authors, featuring Susan Jacoby. Jacoby will read and discuss her book, Never Say Die: The Myth and Marketing of the New Old Age, a critically acclaimed, NY Times bestseller offering an unsparingly realistic critique of how American culture romanticizes old age, shredding apart the myth that there is anything new about old age.

On March 20, Thurber House presents a night with Lisa Lutz. Lutz will read and discuss her book, Trail of the Spellmans: Document #5, the 5th installment in her award-winning, bestselling mystery-comedy series featuring the highly dysfunctional Spellman clan and Izzy (Isabel) Spellman, PI, who tries to make sense out of madcap misadventures.

Ticket Information: $20 for adults and $18 for students and seniors in advance. Tickets can be purchased online, in person at Thurber House, via telephone at 614-464-1032, and also at the door. 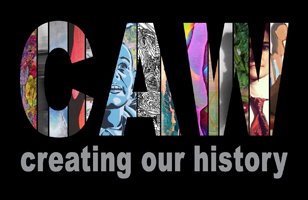 supporters, and art appreciators. The objective of this collective is to support each member in her individual career, be involved in community service, have group shows, share new work and network. The women of CAW all believe very strongly in this group, each other and the community. There is clear strength in numbers when it comes to presenting the work of women in Columbus.

CAW will be solidifying its place in history this year during Women's History Month. The show will feature large works by 28 of the group's members, and include powerful and entertaining performances by CoCo Lupe and Heidi Madsen on the night of the reception. CAW’s newest member, Denise McDonough will also perform acoustically throughout the night. 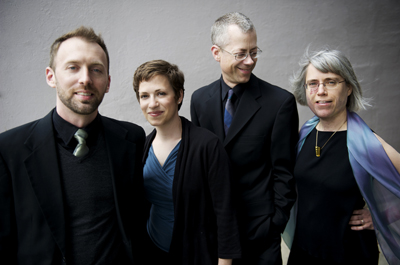 d’Ulisse) and Thomas-Louis Bourgeois (Les Sirènes). The hero Ulysses confronts storms at sea, shipwrecks, the tantalizing allure of siren songs and encounters with the Cyclopes – all set to music – in the course of this colorful, fantastic program. Even Ulysses’ long-faithful wife pines from afar as symbolized by Jean-Féry Rebel’s violin sonata La Fidelle. Les Délices' polished, expressive and dynamic performances of masterpieces and little-known works from the French Baroque have been garnering critical acclaim. Founded in Cleveland in 2006, Les Délices brings together artists with national reputations who share a passion for this exquisite yet seldom heard repertoire. Their performances on period instruments allow them to explore a rich tapestry of tone colors, and the group's name conveys their approach to the music of this era: a delight, a fine delicacy, sumptuous and exciting!

In its 32nd season, Early Music in Columbus is a concert series that presents professional artists from around the United States, Canada and Europe who specialize in the music of the medieval, Renaissance and Baroque periods on reproductions of historical instruments. The concerts present a living history, as artists convey the life and times of the people and stories from particular time periods through the music.