This is the story of Iris, a bright 8-year-old, who lives "in a place called the Bronx, in the Kingdom of 3rd Avenue... in the Land of New York City," with her family and her dog El Exigente. One bright day, the 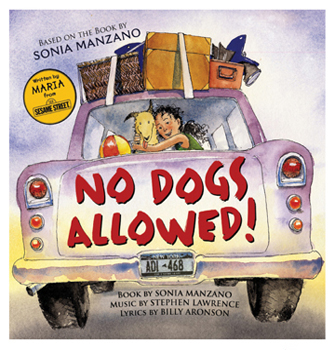 family decides to take a trip to the Enchanted State Park and Iris is determined to bring her beloved Exigente, even though at the park there are 'no dogs allowed'. With a cast of unique, charming and unny characters, No Dogs Allowed! is a brilliant new musical adapted from Sonia Manzano's best-selling Children's book of the same name.Columbus Children's Theatre has a mission to inspire and enrich the lives of children and their families through live theatre and theatre education, and No Dogs Allowed! does just that. This delightful story shows the audience the importance of family and togetherness while keeping you giggling through to the end. CCT is also partnering with The Capital Area Humane Society and Pets Without Parents during the show to spread awareness about adopting your very own family pet.

Imagine 18th century corsets, Eastern European folk rhythms, underground hip-hop, and dancing in socks all in one place. It’s Dance Uptown: Feast your Senses, a contemporary dance concert with a 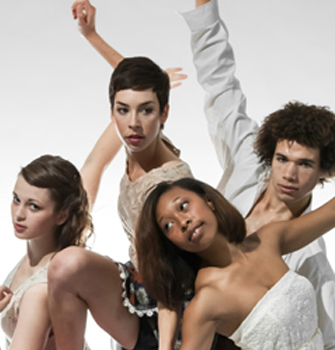 sensual and diverse palette of flavors and styles. Local and international choreographers create four original works inspired by deconstructed baroque ballet, emotionally laden expressionism, tender narratives of passage, and gutsy new movement. The selections are designed to give the audience a journey through time and space through the ever-evolving languages of contemporary dance.

“This is the Department of Dance’s premiere showcase of our talented undergraduate and graduate performers, featured in four stunning works by four different professional choreographers,” said Susan Petry, chair. “The range of styles is sure to stimulate the senses, inspire the imagination, and give the audience an evening of pure energy. We are delighted to return to Mershon Auditorium following our popular and nearly sold-out Dance Uptown event of 2011.”

Did you know that Columbus is home to the longest running film festival in the United States? Better known outside Columbus and around the world the CIFVF is quietly growing its presence locally with 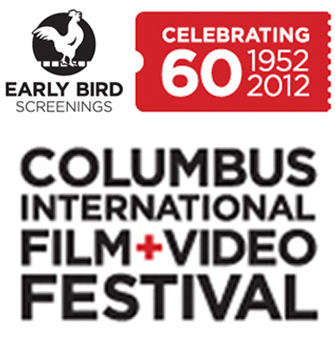 extended programming and screening partnerships all over town. The 60th Columbus International Film + Video Festival starts this year with a trip to Japan via Worthington, Ohio. An award winning Japanese film with a French title “La poesie de Kiyumi, la broderie de Sayuru” screens for free at the Peggy R. McConnell Arts Center of Worthington on November 11 at 4 p.m. A writing workshop is also being offered by the CIFVF at the same location from 1 p.m. to 3 p.m. On Wednesday November 14 at the Gateway Film Center the CIFVF and Stonewall Columbus present a collection of short films about the LGBT experience made by filmmakers from Venezuela, Canada, Bermuda, and the US. Canadian filmmaker and actor Jean-Pierre Bergeron will be there to present his film “Alone with Mr. Carter"  about a young boy who dreams of becoming a police officer. CIFVF events continue throughout the Main Festival Week.