Artistic Director, Jeanne Wohlgamuth, takes the stage for the first time in her new role at the Columbus Children’s Choir (CCC) to open the organization’s 17th season. Novice and experienced singers in grades 3 – 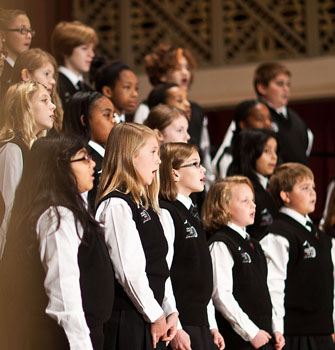 12 from seven choirs will showcase their talents under the direction of Wohlgamuth and CCC’s five conductors: Cathy Armstrong; Jayne Wenner; Molly Rule; Sarah Santilli; and Lora Moore. The New World Singers will perform, fresh off their bronze medal performance at this summer’s World Choir Games!

The Columbus Children’s Choir has been reaching audiences throughout central Ohio and beyond for more than two decades—first as the Columbus Symphony Orchestra Children’s Chorus, and for the last 16 seasons as the CCC. Now, under new direction, the technically sound and talented singers are eager to share their voices with their communities. Hosted for the first time by Otterbein University, the 17th season is sure to exhibit a continued dedication to artistic excellence and personal growth through music education and vocal performance.

In ancient Baghdad, a clever maiden stays her execution by spinning enchanted tales of genies and jesters, lovers and thieves for the anxious king. 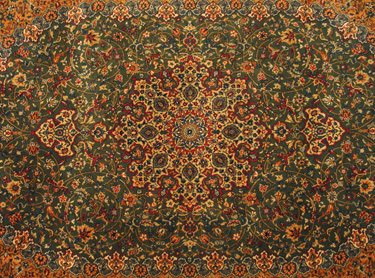 Scheherazade’s imagination helps her to win the king’s heart even as she earns her freedom. Tony award-winning playwright Mary Zimmerman (Metamorphoses) celebrates the redemptive power of love and storytelling in The Arabian Nights, an “exhilarating, imaginative theatrical escape” (Variety) that Chicago Magazine calls a “feast for the eyes and ears.” The Arabian Nights is directed by Mandy Fox.

The Department of Theatre at The Ohio State University has more than 25 faculty, staff and full-time lecturers teaching 175 undergraduate majors, 40 undergraduate minors, 45 graduate majors and an average of 1,000 additional students through general education, non-major, and graduate courses every semester. Combined with nationally and internationally known visiting artists/scholars, along with international exchanges, courses/events with multicultural, ethnic, and gender content which deepen the student experience, the department boasts strengths in interdisciplinary teaching and research collaborations with internal/external partners; outreach/engagement initiatives which have become laboratories for experimentation, educational growth, and professional development.

The San Francisco-based Kronos Quartet has been shattering preconceived notions about the string quartet genre for nearly 40 years. The ensemble’s bold, even defiant mission to perform exclusively new music

has catalyzed the creation of an entire repertoire of new string quartet works by some of the world’s most innovative composers. The Kronos Quartet performs a program of cutting-edge music composed and arranged expressly for it Saturday, January 19 at 8 p.m. at the Southern Theatre on the Chamber Music Columbus series. A pre-concert interview with Kronos Quartet founder and violinist David Harrington begins at 7 p.m.

The concert’s program draws on pioneering Kronos-commissioned compositions for the concert hall and arrangements of world music and popular music. At the program’s center of gravity is WTC 9/11, American composer Steve Reich’s bone-chilling work for digitized string quartet sound and electronically manipulated voices recorded during and after the Sept. 11, 2001 attacks on the World Trade Center. Guitarist-composer Bryce Dessner describes his work Aheym (Homeward), as a “musical evocation of the idea of flight and passage” that illustrates his connection to the past and his cultural identity as the grandson of immigrants.